I woke up at 5 am this morning and started to cry. I remembered. I got out of bed and left the room so I could sob and not wake my husband up.

I then went back in after gaining a little composure and grabbed my work out clothes. Might as well get the workout out of the way if I’m going to be up that early. I looked up at the stars, and was a little creeped out by walking in the dark, but I found it comforting too as I went from anger to tears while trying to keep my body moving. All I wanted to do was curl up in a ball and keep crying.

Then, I came home and sifted through a giant garbage bag of cut grass, and stuck my hands down my toilets. So, yeah, it’s been a fun 48 hours.

Life has a way of humbling you. Sometime on Saturday, I lost my wedding ring.

The ONLY time I take it off my finger is when I blog. And, I hadn’t on Saturday. So, I assume it fell off somewhere. It’s been loose since we got engaged.  I’ve never gotten it sized because I wanted to wait until I was done having kids to allow for my body puffing that is so natural for me in all of my pregnancies. But, lately, I’ve been thinking I needed to go ahead and do it. But, I didn’t. Now, I’m mourning.

I’ve gone through an array of emotions over the last two days. One of them has been anger. I’ve lost a lot since we moved. On the day we moved into our new house, I lost my iPod touch and haven’t seen it since. A pair of Chandler’s shoes went missing shortly after. Then, I realized an entire box was missing. I think my apron was in the box. It was my grandmother’s. With each of those things, I’ve been able to comfort myself somewhat by realizing they are just things. I’ve replaced all of them.

But, if I think about all of my material possessions, I could really get over losing just about any one of them. Except my ring. I can’t help but replay the excitement in my head when my husband showed it to me before we got married. It was a very old ring, given to the family by a friend of his Great Aunt. So, no direct relative of his ever wore it, but it was an antique. His parents had graciously said that we could have the main diamond out of the middle (it was set with 12 other diamonds also) and have that for my ring. I was amazed at the generosity of his parents when they hardly knew me, and excited to have something so unique and special. It was over 100 years old. And, I was almost scared to wear it.

I remember the day he proposed. I had come home from a long shift waiting tables and he was in my apartment with a hot meal, flowers and candles everywhere, and my roommates hiding in one of the back bedrooms. It was awkward eating dinner at best. We both knew what was coming, and we were trying to eat and not think about it. He actually videotaped it. Something that I cannot bring myself to watch very often because it is so embarrassing watching us try to make small talk when we both knew what he was up to. It’s funny, and sweet at the same time. He wanted to remember it forever.

I never let that ring leave my finger after that. Even at work. I was proud to be marrying someone so special and that ring symbolized that. I remember staring at it as I drove my black Jetta to and from work everyday. I felt lucky.

There have been a couple of close calls since it was loose. But, I’ve always felt it leave my finger and been able to pick it up immediately. Not this time. It’s like it vanished into thin air. And, with a soul crushing force, I am devastated.

I wore that ring as I married the man I love. The man who spent his weekend moving appliances, digging through trash and air vents, and taking apart sinks for me. He has not said an unkind word to me through the whole experience. He is heartbroken, too.

I’ve heard story after story from friends and well meaning people about how so and so lost her ring for 3 months, then found it right out in the open. Or, it was gone 25 years and then they found it in the toilet. I’ve heard too many say, “You will find it” with a positivity that I am having a hard time feeling.  Instead, I feel sad, angry, and baffled.

That ring was supposed to be on my hand until I died and hopefully be left to one of my children or grandchildren. My kids ask to hold it every once in a while knowing that they are not allowed to play with it. I always tell them how special it is to Mommy because it’s the ring Daddy gave to me when he asked me to marry him. My kids are praying. I’m praying. I hope others are praying. And, I’m hoping for a miracle.

My 7 year old asked, “What if you don’t find it?” I said, “Well, then God wants me to learn a lesson from this. But, I really hope that I do.” I told them, “At least I didn’t lose one of you. I’d be a million, gazillion times more sad.”

“Would your heart break into a million pieces?” my four year old asks. I said, “Yes. I don’t know if I would ever get over something like that.” I can feel his mind trying to comprehend something it can’t. 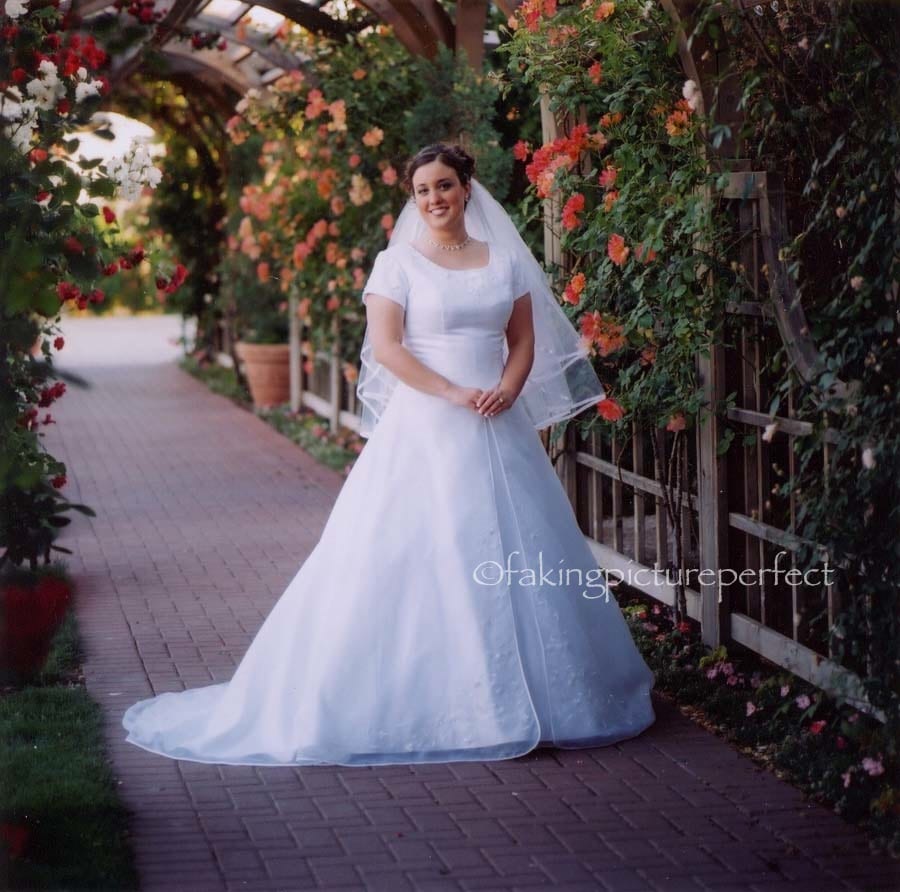