Trying to eat like a vegetarian isn’t that hard, but trying to do it in a healthy way IS!
I mean, anyone can cut out meat and eat tons of pasta, and bread, and stuff like that, but I want to do better than that. As a result, I heard about these two Vegan Cookbooks, and wanted to give them a try. I got them in the mail last week. So exciting!

The Conscious Cook By Tal Ronnen 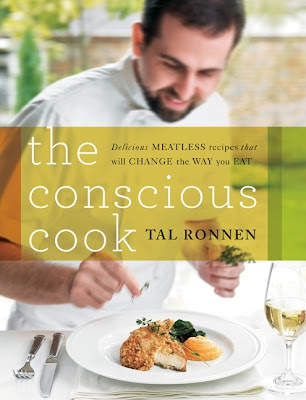 And The Kind Diet, by Alicia Silverstone 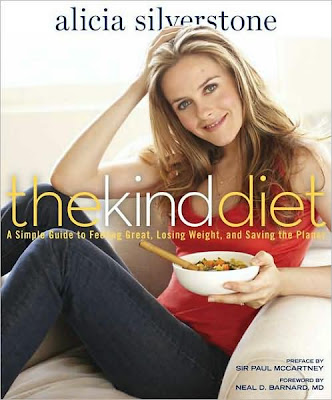 I haven’t tried any recipes from either of these two yet, but I’m very excited to do so!
It is so interesting to read them….and also hear the stories of why they decided to become Vegans, and how it is has changed their life. The Kind Diet throws in a lot of gross facts that I think are meant to scare you a little out of eating meat, but she does include a lot of cool tidbits from athletes, and cancer survivors that went Vegan…including a body builder.

The Conscious Cook has amazing pictures…his recipes look a little more complicated, but they also look to die for yummy. After all, he did cook for Oprah for a 21 day Vegan thing she did.

I will definitely let you know if any of the recipes are as yummy as they look! I will be moving in the next week or two..so may not be blogging as much, but I will be back, and with a vengeance hopefully having tried many new recipes!