As I saw another mom in my Facebook feed lament that she was obviously a horrible mother (according to her kid) and that her daughter hated her, I couldn’t help but write, “No, really. You’re a good Mom. Kids are just insane.”

Coincidentally, I find myself repeating that inside my own little head to myself when my kids are acting irrational or straight up looney, and I’ve decided just today that if I ever get to write a book, that the title has to be, “No, really. You’re a good mom. Kids are just insane.” with a picture of myself repeating that over and over while I stare into the mirror like Stuart Smalley.

It’s true, though. We tend to place all the blame on ourselves, when in reality, our kids, as a general rule of thumb, make no sense whatsoever, are completely irrational, and act insane on a pretty regular basis. Here are just a few examples of how you’re a good mom and your kids are just insane. 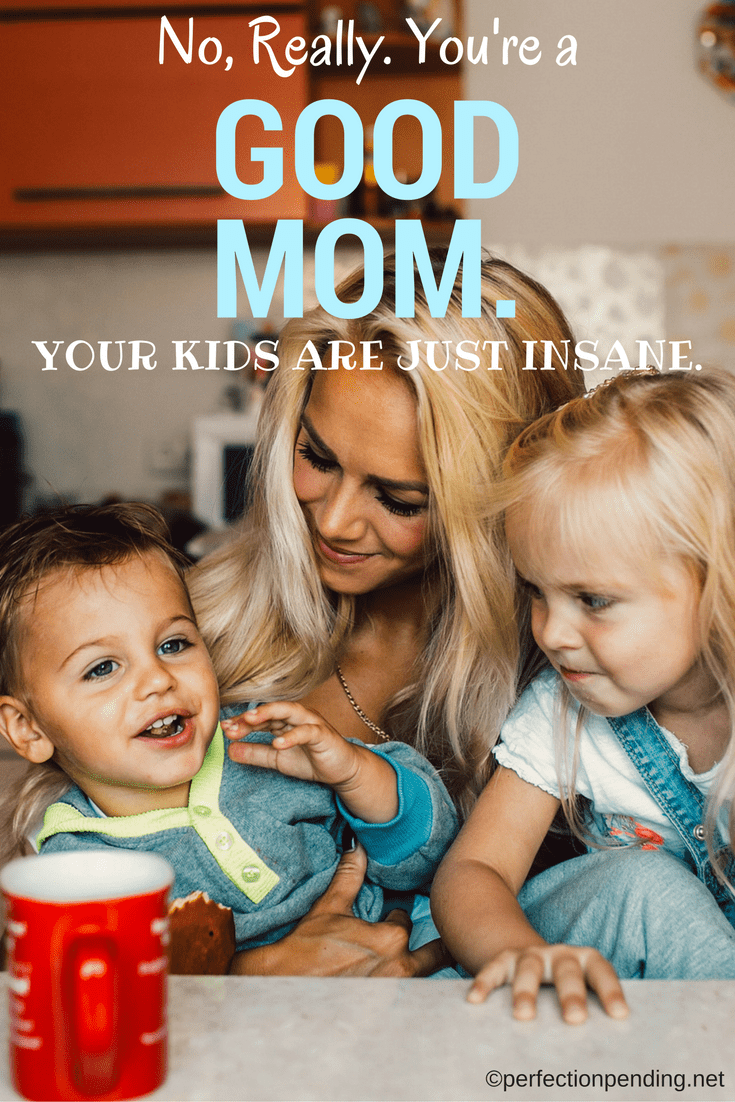 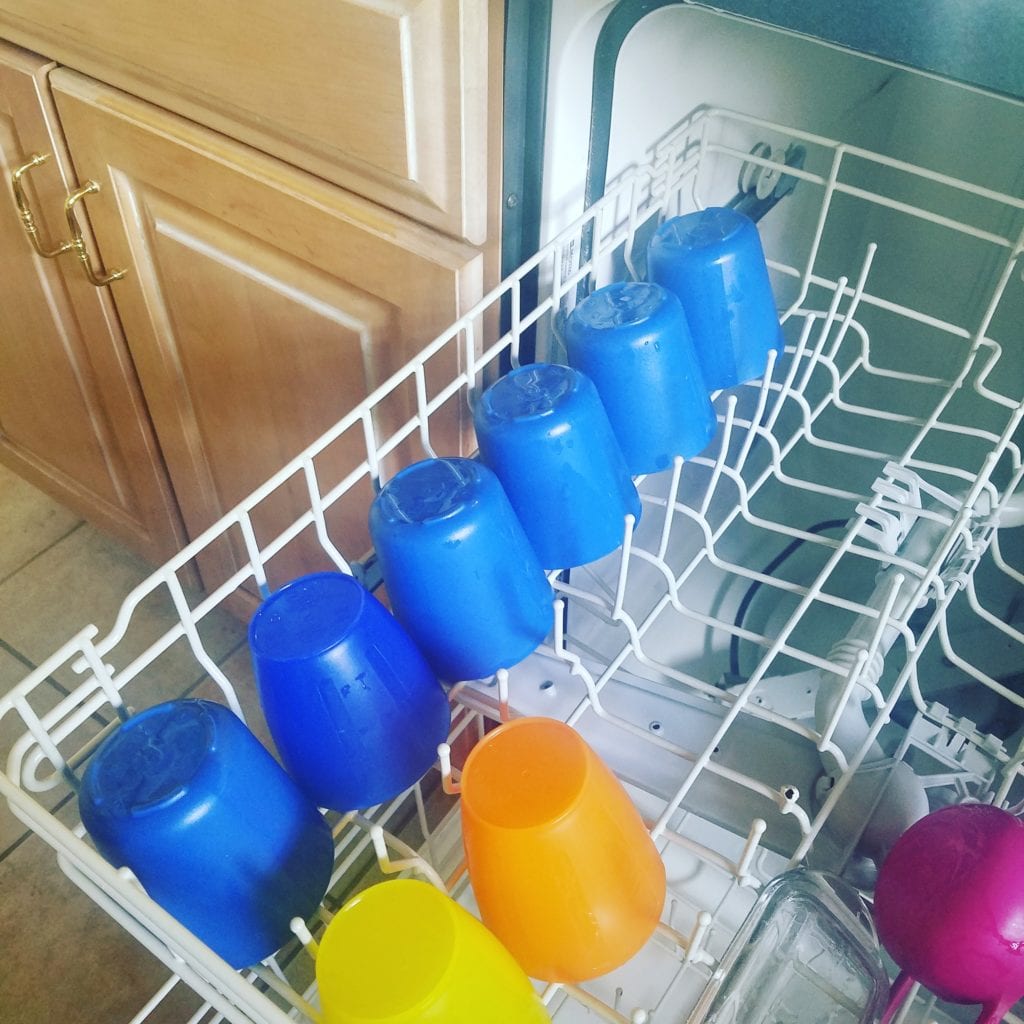 My kids’ cup consumption by noon.

And, let’s not forget that those cups also have to be all blue. The Bluemageddon of 2012-2015 in my house is thankfully, for the most part, a thing of the past. What’s bluemageddon you ask? This was roughly a 3-year period of time when literally no other color was acceptable except blue. So, we over-bought blue cups, which now sit as a reminder in my dishwasher in mass quantity, on a daily basis. And, my youngest was a baby, his first sentence he put together I’m pretty sure was “the blue one” so he could stake his claim on the most coveted color of all time. Or at least of those three years until they grew out of it.

They want to control you. Today, I tried to say yes to my four-year-old all morning, which only proves I’m insane because he already gets his way most days. But, today he wanted to play candyland. We had a great time because he told me which color to be, when it was OK for him to cheat and for me not to, and repeatedly told me he was going to win while I just smiled and nodded and said nothing. It’s OK. I’m getting used to it. No really, it’s OK. I’m crying. But, I promise, I’m fine. 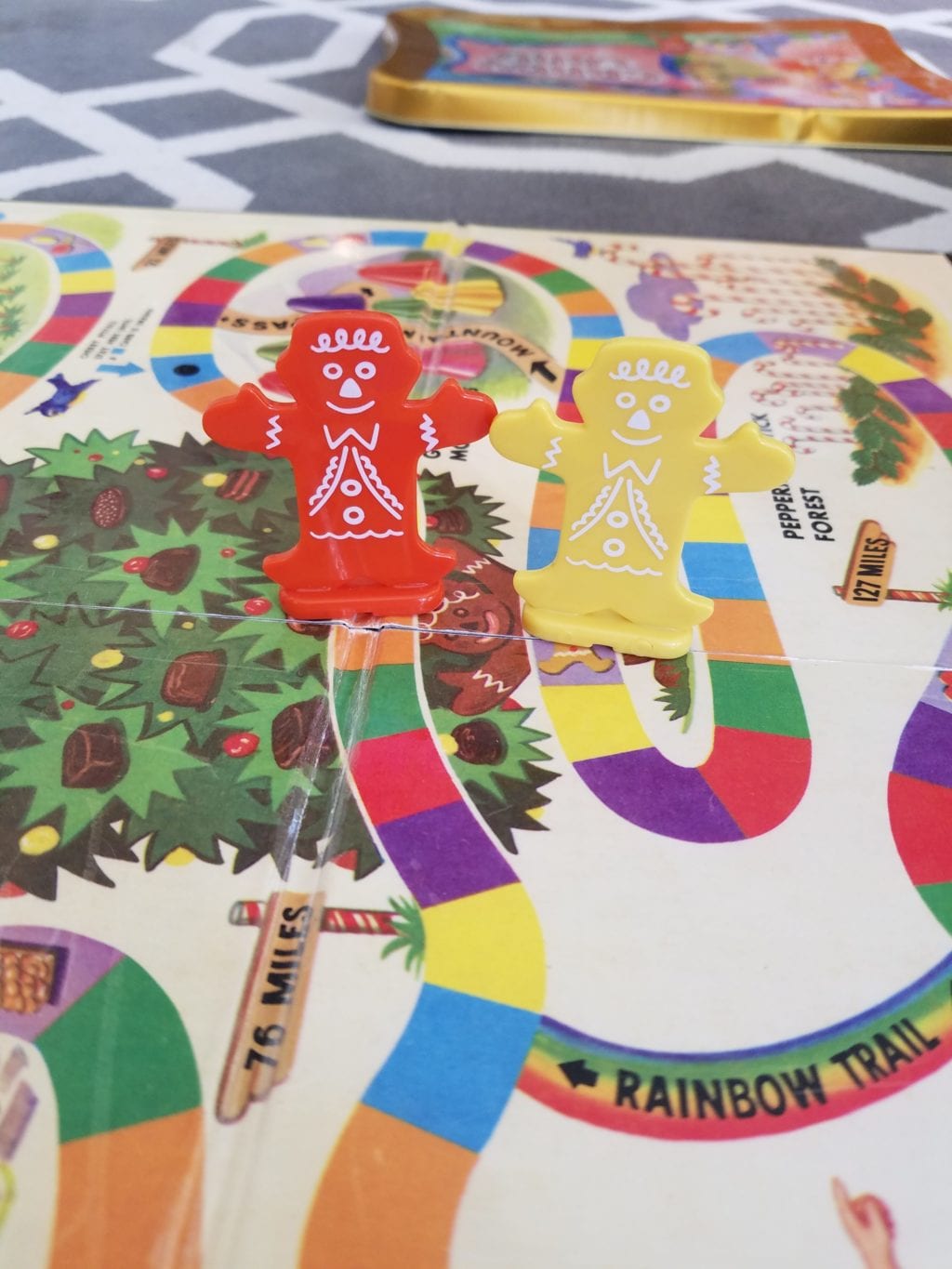 You will be yellow, Mommy. And you will lose.

They make absolutely no sense whatsoever daily. No adult human being could eat a bagel everyday for an entire year, and then one day wake up and claim they hate bagels. My 7-year-old can, though. Good thing I stocked up before he decided they were the most disgusting suggestion for lunch ever known to man. I’m happiest when I can remind myself that their insanity is not my problem. Except for when I buy costco sized bags of things that they then decide to hate. Then, it’s kind of my problem.

They stare directly into your eyes as you are speaking, yet they hear nothing. I’m amazed how instructions are literally traveling through space directly into their ears and then evaporate so fast you’d think I never said them in the first place. According to my kids, I didn’t. But, on a semi-hourly basis, I know I give my kids instructions that get promptly “forgotten.” While, I’m tempted to blame myself for not doing my job and helping them figure out how to use the ears that are literally attached to the sides of their heads, I realize, it’s not me at all. It’s them.

They can manipulate you into the unthinkable. While insane, the problem with kids is that they are also simultaneously cute and cunning. Take for example, a trip to Whole Foods for my probiotic, and suddenly a bag of organic cheese puffs ends up in my cart. I don’t even buy regular cheese puffs, and suddenly I’m buying an overpriced bag of cheese flavored air because my four year old smiled coyly and said, “PWEESE!?” I may or may not be eating said cheese puffs as I write this post.

Their limbs only work part-time. My children’s arms and legs miraculously work for running away at high speeds when they shouldn’t, poking me in the eyeballs accidentally, grabbing their private parts, and for hitting or kicking each other when they are fighting. But, they don’t seem to work when they are asked to set the table, clean up any mess of their own, or assist themselves in putting on pants. It’s amazing really how to them, this is completely normal, and to me, it’s for sure grounds for an insanity defense of some kind. THEIR LIMBS DON’T WORK ALL THE TIME! How can they be expected to be contributing members of society, much less put socks in the actual laundry basket.

Their attitudes are unpredictable at best. If you had to choose a roommate to live with, my guess is that you wouldn’t choose one that screamed at you when they were hangry, blamed you for their own existence, and slammed doors in your face for asking them to put their shoes on. Yet, I live with three roommates that are pretty much exactly like that. The best way to cope is to try not to make eye contact when they’re happy, and to remind yourself once again that you’re a good mom. Because you are. Kids are just insane.