I love doing this Be Brave Series because I learn so much about other bloggers, and their journeys in motherhood that are sometimes so similar to mine, and other times, so different. Tracey has an amazing story. I’m not sure if I could do what she had to do to help her family survive. But, when you’re a Mom, sometimes you do things you never thought you could before. And, that my friends, is being brave. Check out Tracey’s story below and make sure to visit her on her amazing blog, too. If you want to be part of my Be Brave Guest Post Series, go here.

I’ve always been a down-home kind of girl. I spent the first twenty-one years of my life in the same home (which is still owned by my parents), I went to the local university rather than go abroad, and for the first two decades of my life I hardly ever left the province at all. I grew up surrounded by grandparents, aunts and uncles, and cousins, and I liked it that way. Even moving a ninety-minute drive away for a job felt like a huge personal sacrifice because before that I had always been able to see any of my family whenever I pleased.

After my move a series of events occurred. My boyfriend got a job at the same paper mill where I’d been working, I as an instrumentation technician and he as an electrician. We got engaged, and then married. We bought a house. I got pregnant and gave birth to the light of our lives, our sweet, smart, beautiful little girl. I couldn’t have been happier.

And then the paper mill closed down with very little warning, just as I was returning to work from maternity leave. I had a baby girl and a mortgage with almost twenty years left on it, and my husband and I had both lost our jobs in one fell swoop. To say that I panicked would be a rather large understatement. On the day that we were told about the closure I locked myself in the ladies locker room and had a private anxiety attack. I’m not ashamed to say that I would up sobbing, wondering how in the world we were going to be able to pay our mortgage on two unemployment cheques. Jobs in our field are very difficult to find in Nova Scotia, so I had little hope that we would find anything else, at least not within driving distance of our house, and we had even less chance of selling the house in order to move since the paper mill in question had been effectively the only thing keeping the economy in this town afloat.

We did okay for a little while, through the virtues of excellent spending habits and a modest savings account. I tried my very best to enjoy having some extra time at home with the baby. Nothing had ever been so precious to me, so I focused on her, on singing her songs, teaching her numbers and letters, and introducing her to my favorite cartoons.

But eventually we would need an income again. We exhausted our options in Nova Scotia, which was even more difficult than it otherwise might have been since all the other displaced mill employees were doing the same. We looked in the nearby provinces – knowing in the backs of our minds that we would be still be trapped in a mortgage if we ended up moving – but the pickings were slim. The only company that called us both for an interview subsequently turned us away (and that was actually a bit of a relief because after visiting that particular city neither of us could stomach the idea of moving there).

Eventually the reality came down on us like a ton of bricks. One of us would have to go out West for work.

If you don’t live in Canada you might not understand, so I’ll explain. The East side of Canada is rife with unemployment. The West side of Canada is booming because of the Alberta oil sands. Therefore lots of Easterners (Nova Scotians, Newfoundlanders, New Brunswickers) eventually wind up going out that way for work. Some people pack up their families and move out there, but many of what are referred to as “skilled workers” (tradesmen, construction workers, etc) and laborers end up going right into the heart of the oil sands on shift work. That means flying in and living in an employee camp while you work for x-number of weeks, and then flying home again for your days off. In these cases your family cannot come with you because the camps are for employes only, and you can not live elsewhere while on the job.

It was always something that I knew lots of people did, but I never imagined that it might be something that I would have to do. For a girl like me, who never even contemplated the concept of leaving home, it took a crazy amount of bravery just to make the decision to start applying for “out West” jobs. A very…shaky kind of bravery.

My husband got the first call, and in May of 2012 he flew out to Grand Prairie, Alberta. It wasn’t me leaving, but watching him go took bravery on both sides. The job he’d gotten wasn’t the kind that allowed him to return home every few weeks. By estimation he would be out there for several months, and there was no use in me going out with him because the daycare options out there would not allow me to work as well. So it was going to be several months without my husband, taking care of our daughter on my own. It was scary as hell, and I can only imagine how it felt for my husband.

He was gone for a month – a miserable month that we spent missing each other terribly. It was a full thirty days during which my husband couldn’t hold his year-old daughter. And just as that month was rounding up, I got a phone call. It was a call for a job, one that had a shift of two weeks working and two weeks off, with flights to and from so that I would be home for half of each month. The job paid twice what my husband was currently making. It was, by all accounts, an amazing opportunity, and it would allow my husband to come home from a job that was sucking the life out of him.

The day that I flew out for the first time my husband and daughter saw me off before I walked through the security gate. The little missy kept trying to leap out of her father’s arms and into mine, but I wouldn’t let her because I knew that I wouldn’t be able to handle passing her back. So instead I gave her a hug and about a million kisses, and I told my husband to take damn good care of her. Then, with a shaky smile plastered on my face, I forced myself to march through security. I had about twenty minutes at the gate before I could board and I spent every second of it trying not to cry in front of a room full of strangers. 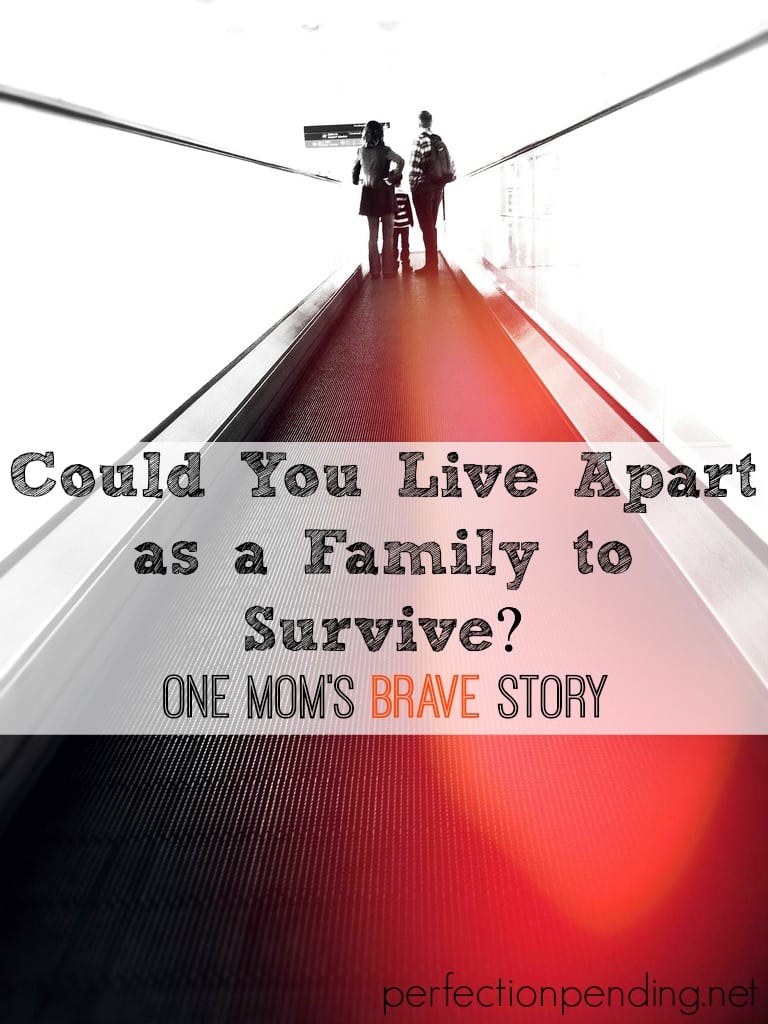 I’d love to say that I faced it all with a hard heart and a proud attitude, but I’d be lying through my teeth. That first shift was extremely difficult in a number of ways. But I did it because my family needed it, and I kept doing it because it turned out to be a very good thing for my family. Choosing to work out West allowed us to recoup the money we’d lost while unemployed. It allowed my husband and I to pay off all our student loans several years early. It allowed my husband to stay home with our daughter, thus eliminating child care from our future budget. It allowed us to give our daughter a couple of truly stupendous Christmases. And, in the long run it has actually allowed me to spend more waking hours with my daughter since I get two weeks out of every four during which there is nothing to stop me from hanging out with her as much as I damn well please.

All this because, though I really really didn’t want to, I forced myself to be brave for the sake of taking care of my family.

Tenuously-held-back tears and all, definitely one of my finer moments. 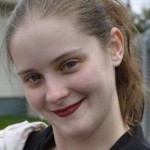 Tracey Lynn Tobin is a pre-published writer and blogger from Nova Scotia, Canada. When she’s not working in Alberta she lives at home with her husband of almost five years and their three-year-old princess/superhero. Tracey loves to spend her free-time playing her Playstation Vita and watching a wild variety of cartoons with her daughter. She is currently working on publishing her zombie apocalypse novel, Nowhere to Hide, while also working on other projects and blogging on a variety of topics. You can find Tracey on her blog, No Page Left Blank , and also on her Twitter account and Facebook Author Page.

« Avocado & Sweet Potato Quinoa with Cilantro Dressing
Mom U. Now Offering Even More Courses to Save Your Sanity. »