Today, I saw a woman jogging as I was going to the grocery store. My first thought, I do not lie, was, “Someday I’ll be able to do that. You know, when my kids decide to sleep through the night.”

Then, on the way home from the grocery store, I saw another woman. It was like someone was trying to tell me I shouldn’t have skipped my walk this morning. From a distance I could tell she had her giant stroller, and a dog. When I got closer, I realized that she had 3 kids crammed in that stroller made for two, was pushing them up a pretty decent sized hill, and also was trying to control her dog. I smiled to myself as I passed her, and thought, “Good for you, lady. You are a superwoman.”

It reminded me of a time I was leaving the gym and a woman rode up on her bike with a baby strapped to her back, 2 kids being pulled behind her bike in a trailer, and a 4th was also trying to keep up on her own bike. I remember thinking the same thing of that woman. She was my hero. Did I mention she was doing all of that while on her way to the gym? Geez, way to outdo us all, lady.

But, in all seriousness, they could have just been having a good day when I saw them. Maybe it was the first time they had been able to get out and exercise in weeks. Who knows. And, then I remembered my sister’s FB status she posted a few days ago. Lyrics from an Alicia Keys song.

I do. I definitely do.

The truth is, we don’t see half the battles another person is fighting. To me, a superwoman is one that has a baby strapped to her chest and is biking to the gym with 3 others in tow. But, in reality, a superwoman is any mom. Anywhere.

And the truth is, there is someone that sees. He sees. He knows. He is keeping track and applauding you for your efforts.

And, those are just my struggles. I can’t see the battles that other Moms are fighting, but I know they are there. Because we all have battles. Sometimes, the quiet battles that no one sees are the hardest. But, there is One Person who is seeing all of them. He is there for us. 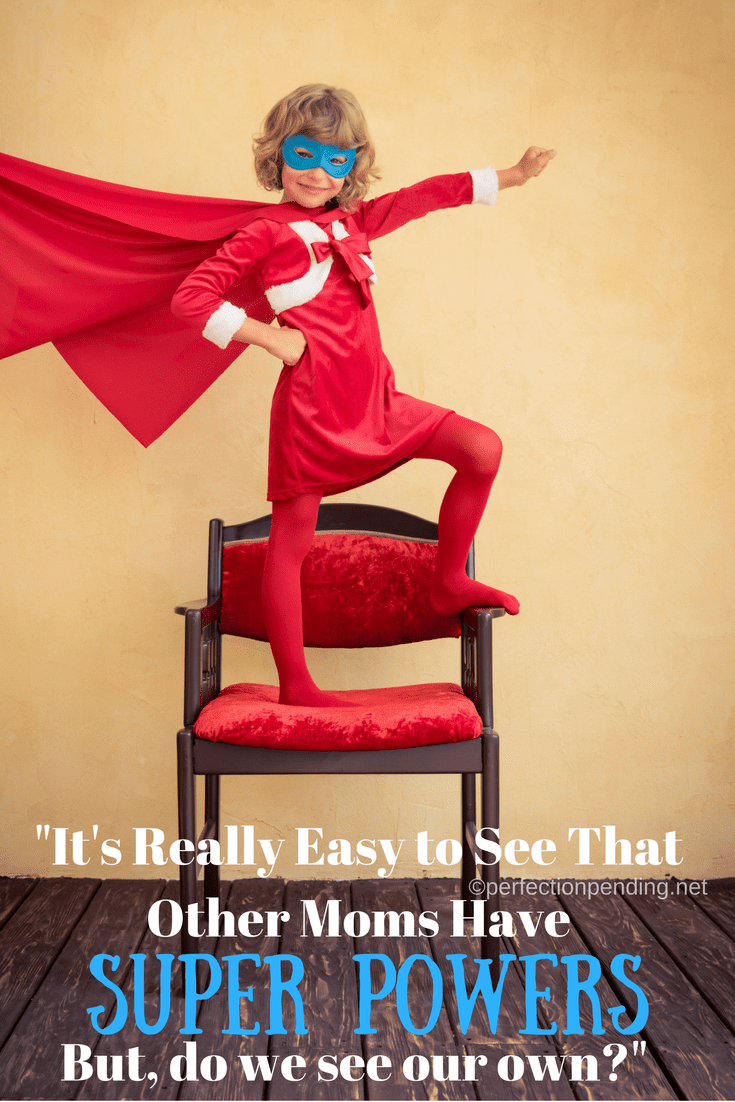 « Another Failed Attempt at Grocery Shopping.
The Story of a Stolen Photo »