Looking back at old photos of my kids when they were younger is something I just can’t do. Not without crying or feeling a lump in my throat.

They are STILL little. Nine, six, and three isn’t exactly all grown up, but they are growing up so fast that I find myself still unable to look back at who they were just a couple of years ago. Because it hurts.

Instead, I’m trying to just look at right now. Because when I look back, I realize I should have been focusing more on the moment in that moment.

When I look back at old photos, or home videos, I realize that I didn’t appreciate that raspy 2-year-old voice as much as I should have. When I look back, and I can’t remember exactly what that new baby smell was like, or exactly how that warm body felt when I pulled them out of the crib after a nap. I can’t remember the feeling I felt watching my husband become a dad in our tiny two bedroom apartment. 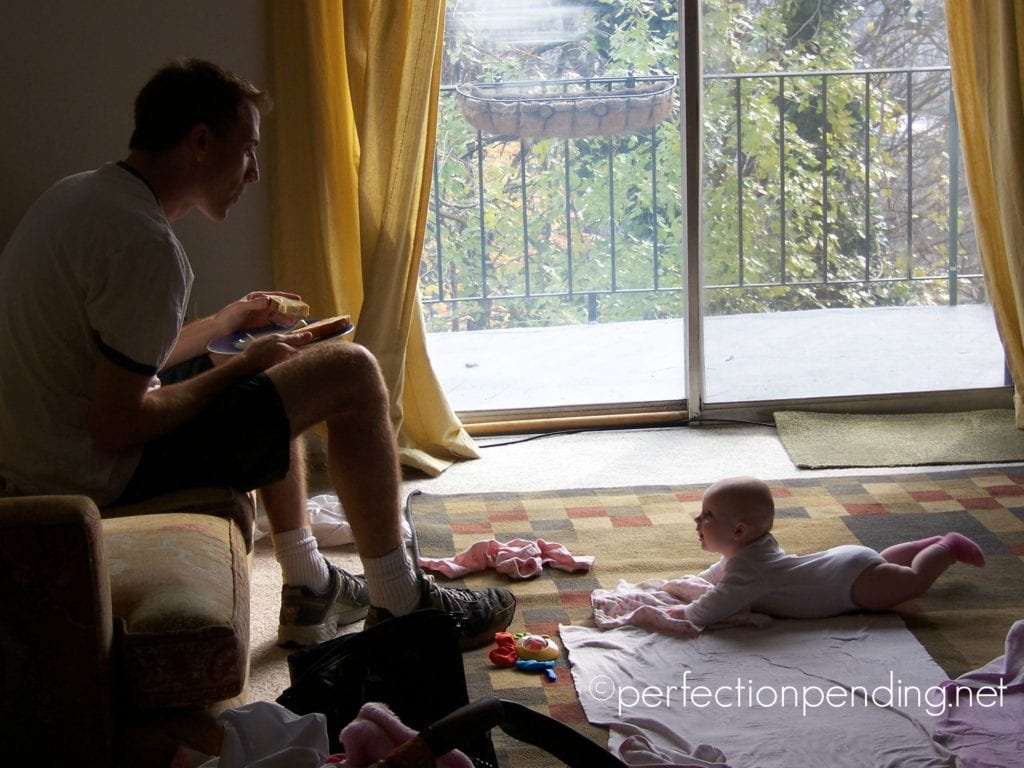 Photos don’t capture feelings and lock them away forever, and when I look back, I feel sad that I didn’t soak up those feelings when I was living them. But, honestly, I don’t know what more I could have done.

When my first daughter was born, I was worried about everything. I had a touch of post partum depression that I didn’t even recognize until it was over. I looked at her back then and couldn’t breathe at the weight of all of my new responsibility. I relished in so many things though. I know I did appreciate all those firsts, and I soaked them up in the way that first-time mothers do. With a hint of constant worry hanging over them. But, when I look back, I feel like maybe I didn’t soak it up enough. The worry and the constant demands of first-time motherhood had to have clouded my view. And now those moments are gone.

My husband picked up my youngest almost four year old boy the other day and said, “I can’t hold your sister like this anymore” and I felt like bursting into tears right then and there while cooking my eggs. When was the last time I carried her? I don’t know. Was it a year ago? Four? I wish I had known whenever it was because maybe I would have recorded it somehow in my memory if I had. Maybe I’ll carry my even bigger 6 year old around today just so I can remember it later, I think irrationally.

It’s how I feel looking back at photos of my kids as babies. Did I appreciate that moment enough while I was living it? Will I ever feel like I did?

I’ve learned though to live in the now more. I have more perspective. I do tell myself now when I’m lying down with my youngest or spending way too much time in the bathroom with him during potty training that it isn’t going to last forever. Which is both exciting and heartbreaking when you think about it. Because in motherhood, the future is bright even though we’re hanging onto strands of the past as desperately as we can. 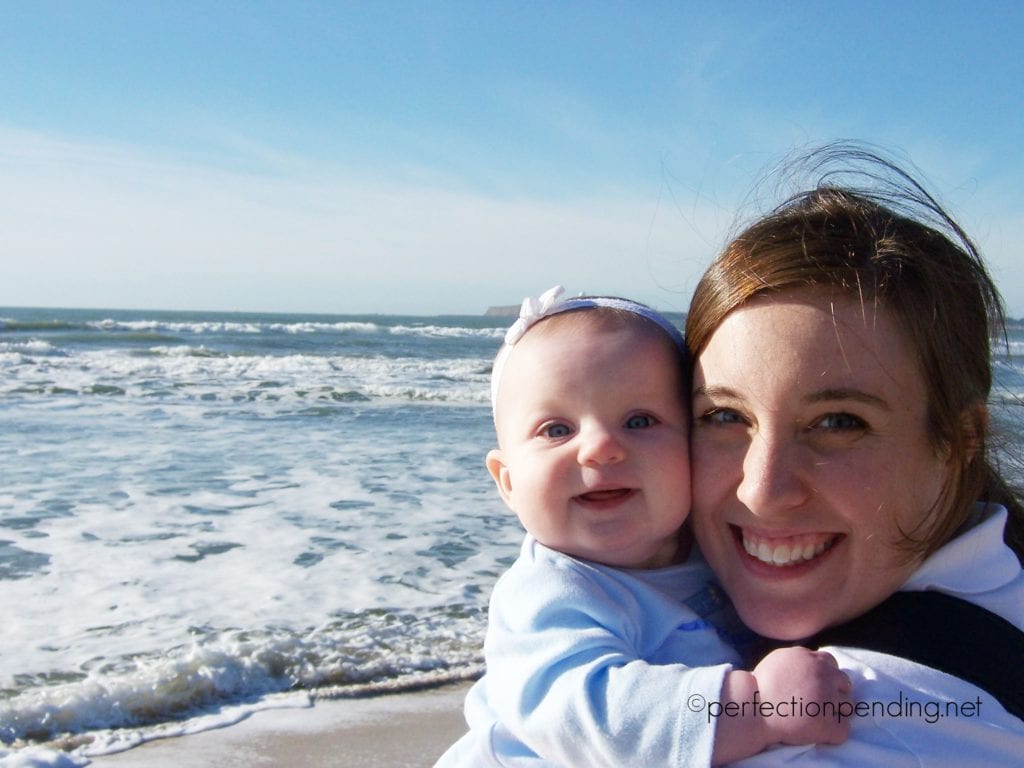 But, for now, looking back at those memories still feels painful somehow like I just didn’t hang onto them long enough. Instead of feeling happy that I captured a photo of that 9 month old with no teeth and a huge gummy smile, I’ll think to myself, “Did you snuggle her enough? Did you enjoy only have 1 kid enough? Did you enjoy bath time, and teething, and all those breast feeding moments enough?”

And, my middle child was such a hard baby I hardly remember it. Seeing his pictures of being 2 and 3 feel a little surreal. Like it didn’t even happen. And, I feel sadness for already forgetting just a few short years later what his toddler voice sounded like, and how much a smile from him could make my whole day.

So, as my kids grow up, I hope one day it will be easier to look back at their photos. Because I hope I’m living in the now so much that when they’re teenagers, looking at these years that I’m in that still seem so hard, will seem like a dream instead. A good one that I enjoyed as much as possible. I try to live in the right now so that one day looking back will be easier.

Part of me wants to tell that new mom who is struggling, that it goes by so fast just because it does. But, I don’t. Not because I don’t want to warn her that it might hurt later to realize that she didn’t quite enjoy every moment, but because no one can really teach us that lesson except time itself.

So I smile a sympathetic smile toward that new mom struggling with getting her baby to sleep through the night and vow,  for the millionth time today, that I will live in the now, so I can one day look back and feel nothing but a sweet satisfaction that I survived it, and I loved motherhood the best way I knew how.