Having worked in a call center for a summer during college, I can assure you I have nothing against telemarketers. That said, I think we can agree popular opinion about telemarketers is, well, not great. Now that I have children, I’ve started to notice some similarities between my 3-year-old and my former co-workers from back in the day. 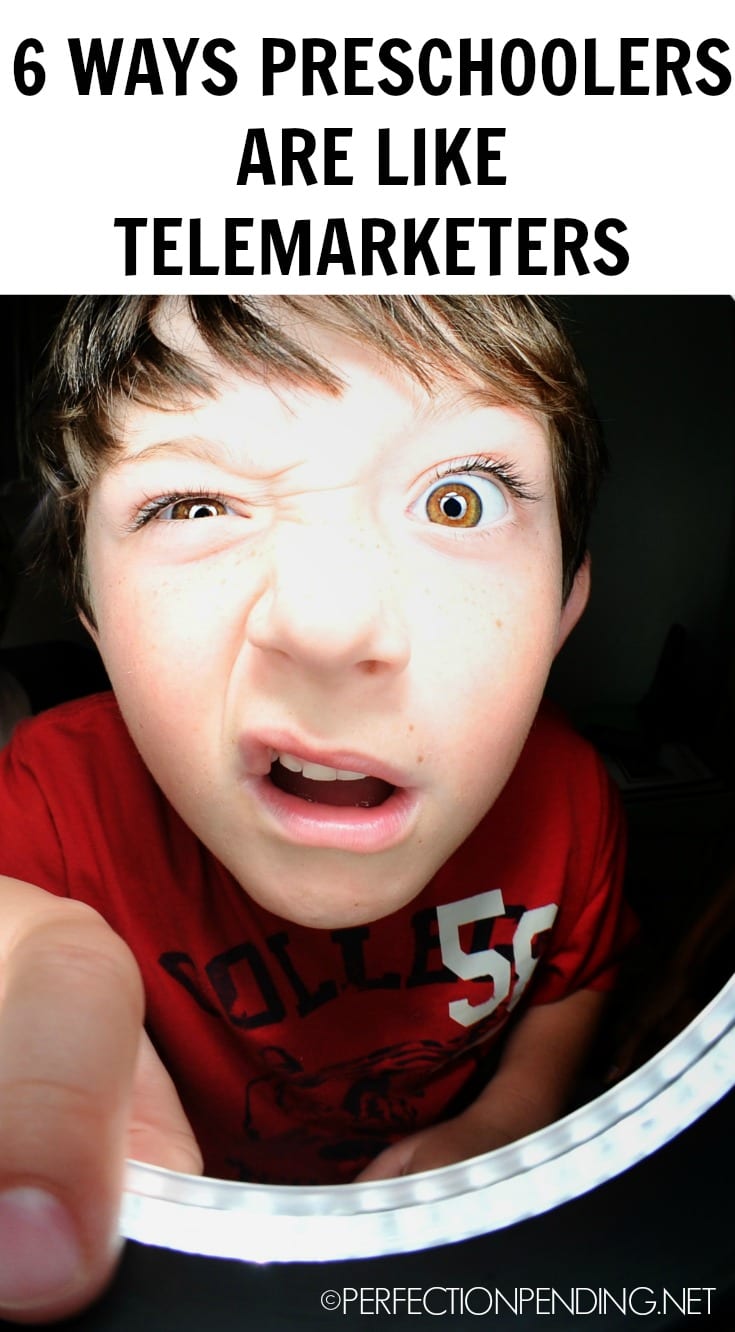 Good luck with your little telemarketer today, moms. And don’t even ask about being put on the “do not whine” list. I tried that. It doesn’t exist.

About the author: Jenny Evans is a night owl, perfectionist, and mother of 5 who someday aspires to make it to an appointment on time. When she’s not cleaning juice out of the carpet, she makes jokes at her own expense and blogs about her messy life with a houseful of kids at Unremarkable Files. You can also visit her on Facebook.