The “It’s not fair!” routine. It happens in every house, I’m sure.

My 7 year old has mastered this charade.

Everything is not fair. EVERYTHING.

The fact that she couldn’t find the exact coloring book she wanted to take to church today, and chose to take nothing was “Not fair!” because her brothers had exactly what they wanted (which was only because they were easier to please).

The “It’s not fair” debate that she and I have going on is seriously getting under my skin.

The truth is, saying “It’s not fair!” bothers me for two reasons.

Second, I try desperately to make things as fair as possible. But, she is the oldest, so her life is shaping up to seem very unfair right now. Things are required of her like picking up her room until it’s actually clean, instead of what her little two year old brother gets to do which is pretend to pick up while mommy cleans up after him.

Lately, it’s getting out of control, though.

If I take my two younger boys on an outing while she is in school, then she gets very upset.

And, of course, I hear, “It’s not fair!” as she sobs that she never gets to do anything!!

She feels justified in her thinking that it is totally unfair that the little brothers got to go to the park while she was in school, totally forgetting about the all day play date she had with a friend just a couple of days before.

I try to point out how I try my best as their mom to make things fair by reminding her of instances where she got something the boys didn’t.

But, the truth is, I’m not sure that is the right way to go about it either. Instead, doesn’t that just fuel the thinking that everything has to be perfectly even all the time?

Because it doesn’t. It can’t.

It just won’t be that way.

Her whole life will feel unfair if I keep trying to remind her of something she got that they didn’t.

I have also told her many times as she is stomping her foot at me, and demanding to know why I am so unfair that, “Life isn’t fair.

Even Mommy sees other people have things that she doesn’t have.” But, a thought came to me today that made me stop and think…is that the lesson I want her learning either? Do I want her looking around and comparing herself to others and feeling like life is just cruel and unfair?

Because sure, life isn’t fair. We all know that. Everything is not always even.

Some people work hard their whole lives and never catch a break while others seem to have everything handed to them without lifting a finger.

Some people are prettier than others, and skinnier, and wealthier.

But, I don’t want to simply teach my daughter, “Well honey, life isn’t fair. It sucks, and then you die”.  No. That’s not the lesson I want to teach her at all. 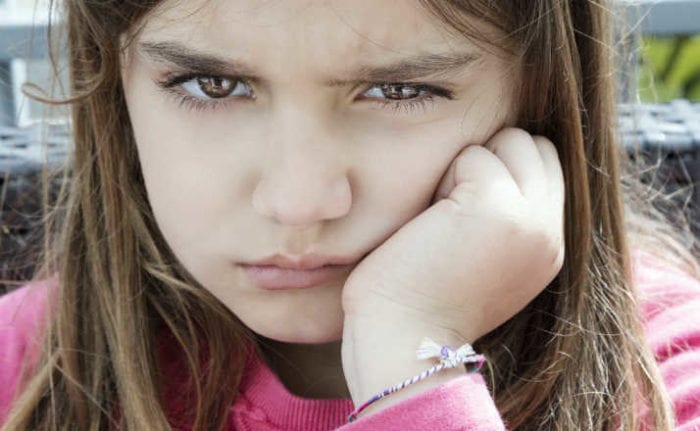 Instead, I want to teach her that this human experience isn’t about fairness. It’s about uniqueness.

It would be easy for any one of us to stomp our feet, cross our arms and declare, “It’s not fair!” as we shirk our responsibilities, or want to complain about the life that was handed to us.

But, in doing that, we also stamp out the ability to see that there is a Greater Hand molding us, and shaping us with our own unique experience.

Now, this isn’t to say that we don’t try to combat some of the unfairness in the world.

Of course we need to try to right the wrongs around us. That is also part of this human experience: Compassion for our fellow men.

Working to help others in need.

But, we also need to accept, that life isn’t fair not because we aren’t loved, but because we ARE loved, and we each need to be shaped, molded, and refined in a way that will help us gain character, and grow into the people we were meant to be.

So, next time she stomps her feet at me to declare, “It’s not fair!” I’m going to sit her down and say, “You’re absolutely right. It’s NOT fair.

But, that doesn’t mean I don’t love you.

It just means that you are going to learn different things than your brothers at different times, and that is what is going to make you special.

You will get to do things they won’t, and vice versa. And, it’s because I love you that sometimes things won’t always be perfectly even. But, I’m just trying to help you become the person that you are supposed to be!”

And, hopefully, I can remember the same lesson  myself.

Online friends are real friends. No they don’t l

Are you following @noideadaddyblog because he’s

I sat with a friend tonight at dinner as she share