I never wanted to be a helicopter parent. I remember the first time I dropped my daughter off at the mall with her friends. It wasn’t that long ago. They all had phones with them. They were old enough. They knew to use the buddy system. It was time.

Yet, the pit in my stomach made me realize just how much of a helicopter parent I had been until that point.

Since then, I keep trying to find the balance between permissive parenting and being a helicopter parent.

Being a child of the eighties, I roamed pretty freely. I learned how to do mascara at the older girl’s house down the street, and I rode my bike to the corner snow cone stand in the summer with money in hand. I played until the street lights came on, and I walked to friend’s houses in the summer and had sleepovers often.

Part of me longs for that kind of childhood for my kids.

I’m lucky to live in a neighborhood where my kids do walk to school, and ride their bikes down the street. In some ways, I’ve let down my guard, and like to think of myself as more of a free range parent. After all, it’s legal in my state to be one. So, I have that going for me.

Parents of my generation are struggling finding the balance between helicoptering the crap out of our kids, and letting them roam free.

We want the freedom for our kids that we had, but we live in an entirely different world. From very early on in my parenting, I heard comments over and over about how my generation is ruining our kids.

We’re shoving screens in their faces, and they don’t know how to talk to people and make good eye contact.

Yet, make sure you spend every second with them, and sign them up for all the activities, oh and do crafts too. Because now there is a leprechaun that comes at night for St. Patrick’s Day. We aren’t even Irish.

And, I can’t tell you how many times I’ve heard that kids today don’t know how to play outside.

Except, they do. My kids are outside right now. I keep tabs on them by texting the mothers that also have one eye out the window and one eye doing one of the many things that mothers today have to do.

We want our kids to have childhoods like our own. We just realize that it’s not really possible though. And, the truth is, trying to find the balance is stressing us all out.

The problem is, there are constant new problems that parents face today, that we never faced as kids. 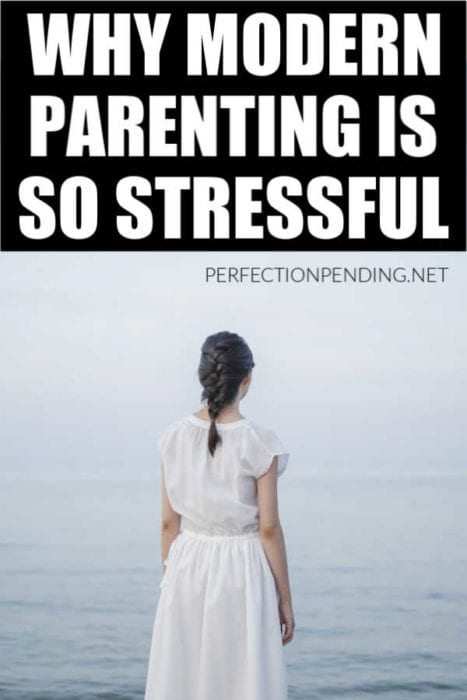 I was talking to my own mom recently about this. I told her that my goal this year is to try to let go a little more. I know I’m guilty of being the helicopter parent, but I also don’t know how NOT to be.

Why would a kid who grew up with such freedom have a hard time giving that to her own kids?

The truth is – we are parenting in an age full of information thrown at us on how to be the best parent. We’re constantly told to do more with our kids. Educate faster and earlier. Get them in sports by three or they won’t make the team when they get to high school.

How could we possibly accomplish all that and NOT helicopter? Do preschoolers know how to research the best preschools and sign up for T-ball on their own all while making a free range chicken dinner (that you don’t heat up in a plastic container, btw)?

And, what about the worries we have of keeping them safe from school shootings, pornography, social media, and too much screen time?

Moms today are told not to take my child kids their homework when they forget it, but we’re also told to make sure they has enough AP classes and good grades to get into a good college. My kids aren’t even to high school yet and I’m already feeling these pressures.

I’m told not to let them roam freely outside because the world is a scary place and for sure someone could kidnap them, but I’m also told that kids today need more fresh air. So, when exactly am I supposed to get housework done and my job done, too if I have to sit outside watching my kids ride their bikes up and down the sidewalk?

The demands on mothers today are confusing to say the least. We get mixed messages constantly.

The truth is – I’m stressed out. I don’t want to be a helicopter parent, but I also don’t know how NOT to be and get everything done that parents today are expected to do. 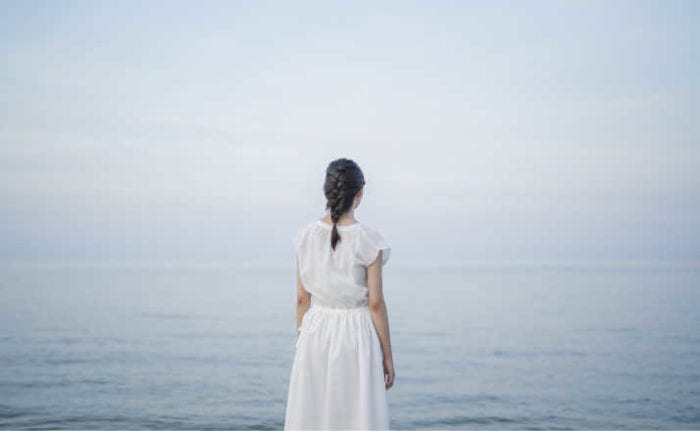 Recently, a text thread got started up with some other moms about signing my youngest up for baseball this Spring. He already takes cello lessons and is in soccer.

Not to mention the other two children I have that also have music and sports and school. YET – I was feeling stressed because I was told that this baseball league is what feeds into the high school and if he likes sports, and wants to play in high school, now is when he should start. He’s seven.

For a brief moment of insanity, I considered signing him up because I felt like I was missing out on giving him an opportunity. That would be all three kids in soccer, one in basketball, two in piano, one in cello lessons, and ONE IN BASEBALL. I only have three kids.

And, that doesn’t even include school itself.

It feels like at any moment, it’s all going to fall apart. The demands are too great.

I’m lucky that I am able to give my kids these kinds of opportunities, and that I have such first world problems to worry about. But, an article in the New York Times sheds some light on this issue. This kind of parenting is now the norm.

One mom explains how stressful it is to be a parent today in the New York Times:

Parents, particularly mothers, feel stress, exhaustion and guilt at the demands of parenting this way, especially while holding a job. American time use diaries show that the time women spend parenting comes at the expense of sleep, time alone with their partners and friends, leisure time and housework. Some pause their careers or choose not to have children. Others, like Ms. Sentilles, live in a state of anxiety. She doesn’t want to hover, she said. But trying to oversee homework, limit screen time and attend to Isaac’s needs, she feels no choice.

“At any given moment, everything could just fall apart,” she said.

The article pointed out that even if you are from a lower income group, you still desire to be this kind of parent – the kind hovering and giving your kids every opportunity, because this is what parenting looks like today. This is what is considered good parenting and it’s making parents today feel like we’re drowning.

Parents with less ability to give these opportunities to their kids must really feel a sense of loss and bewilderment.

And, the truth is, all the opportunities are drowning me.

Some days I do fall apart. Some days I barely keep my head above water. And some days there is the soul-crushing guilt that comes with constantly feeling like we’re not doing enough. We’re simultaneoulsy not watching enough and not letting go enough.

It’s enough to drive us all mad. And, sometimes, I look around at my own friends who get pushed over the edge with one more recital to go to, or one more school project, and I can’t help but think what are we doing to our kids?

But, also – what are we doing to ourselves?