You know what gives me nightmares? Something that really constricts my chest and makes my heart beat a little faster?

My friend texted me today asking what I did for my kids’ valentines for school. I texted back that I printed something out from the internet, and slapped a sucker on it. I failed to mention that I also had my kids color them with markers and we matted them with scrapbooking paper and used washi tape too.

She was texting me because she had seem some crazy valentines come home. You know the ones….the ones from Pinterest. The truth is, they aren’t from pinterest, they are from an actual live human beings (moms) that puts this kind of stuff together. There are people behind those pins and that’s what makes my chest constrict and gives me heart palpitations.

My friend is not on Pinterest. I have warned her to stay away. She asked when this fad of Pinterest was going to end in her text…in other words…when do I have to stop worrying about my kid being the only one in the entire universe with a mom that isn’t on Pinterest making ridiculous cutesy stuff? I responded sadly, “I’m afraid this is the new normal.”

As soon as I texted it I felt all heart fluttery and light headed. For real? IS THIS THE NEW NORMAL?!! I started to panic. Because I’m not going to lie. Pinterest has skewed my perception of reality a little bit. It has made me think that every Valentine that will come home in my kid’s Valentine’s box will look like this: 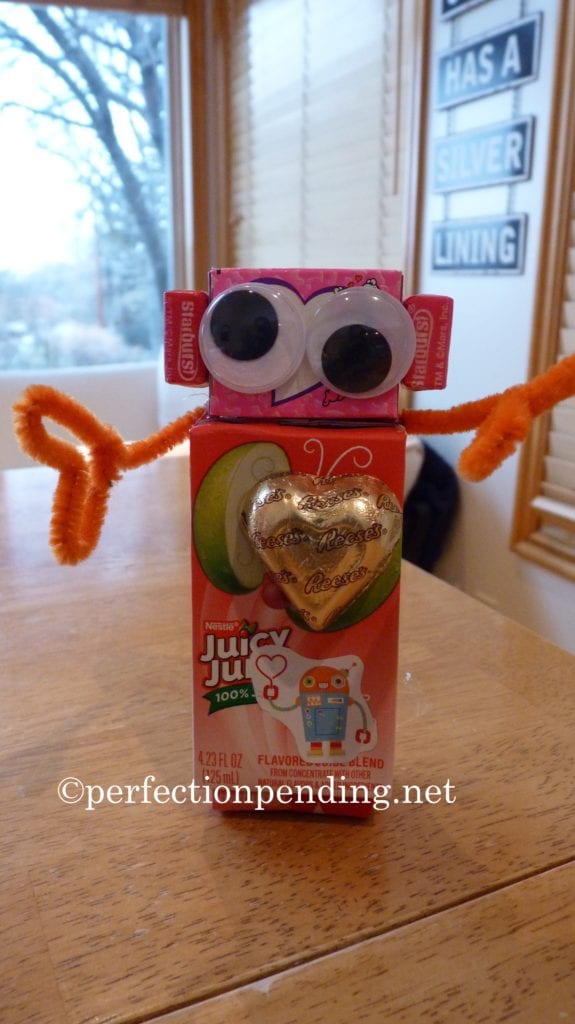 Yes. That’s a juice box (that was so obviously not cute enough by itself) so it needed starbursts, nerds, a heart, a robot sticker, and some pipe cleaners so that it could magically transform into a robot that would let my child know he was loved by some random kid in his preschool class.

Let’s slow down for a minute. Surely they can’t all be this elaborate. Can they? So, I frantically dig through his bag. And found this: 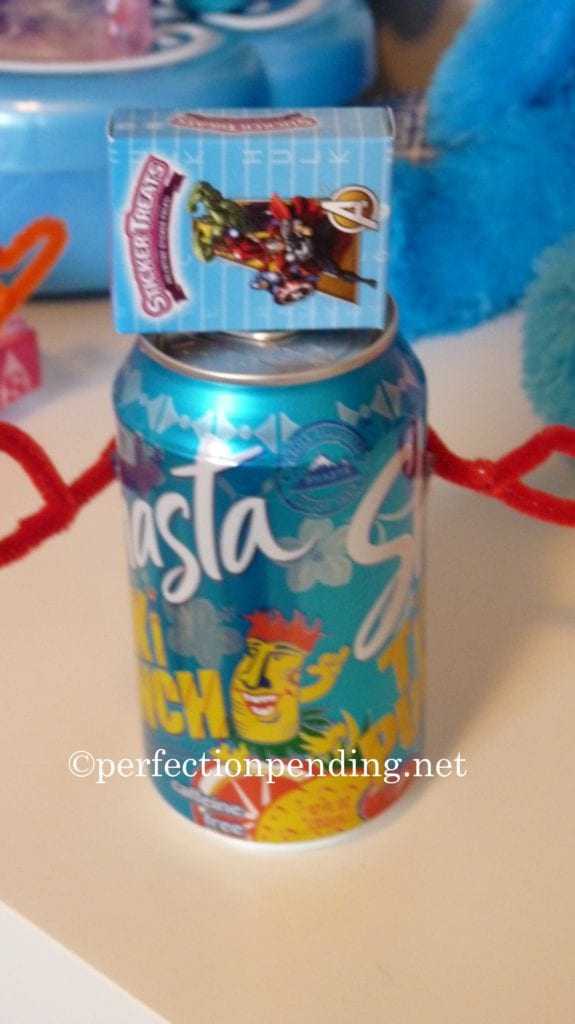 Until I pulled this one out:

Well played kid in the preschool class who can only write the first initial of his name. Well played. Star Wars huh? Well, I will counter you that star wars sticker Reeses Valentine with this one: 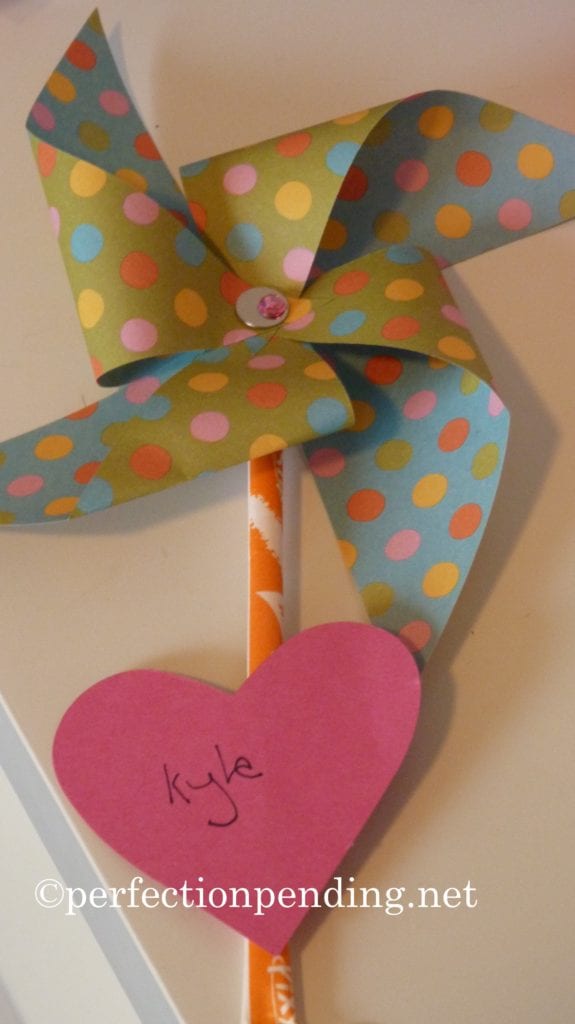 A homemade pinwheel on a pixie stick. BAM! Beat that! The rhinestone in the middle is what does it for me. Obviously. 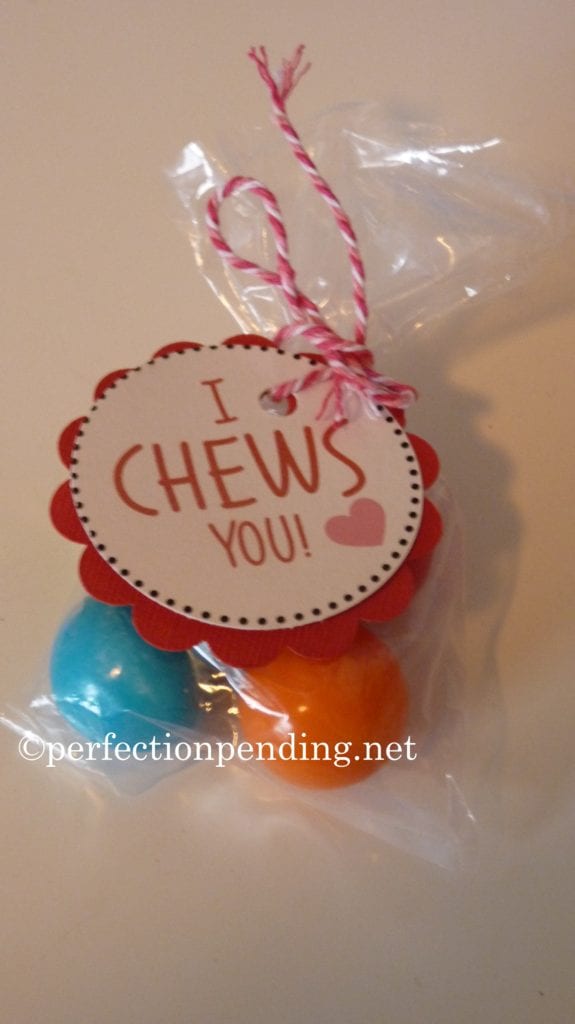 And no longer is a piece of bubble gum sufficient. Now, we have to have a cute quote to go with it too, with cellophane and coordinated bubble gum pieces. Because the child totally cares about that while chewing wads of gum that will lose its flavor in 10 minutes.

Surely this isn’t the normal. TELL ME IT ISN’T before I die a slow and painful death of an inferiority complex. But, luckily, I kept digging and found this. 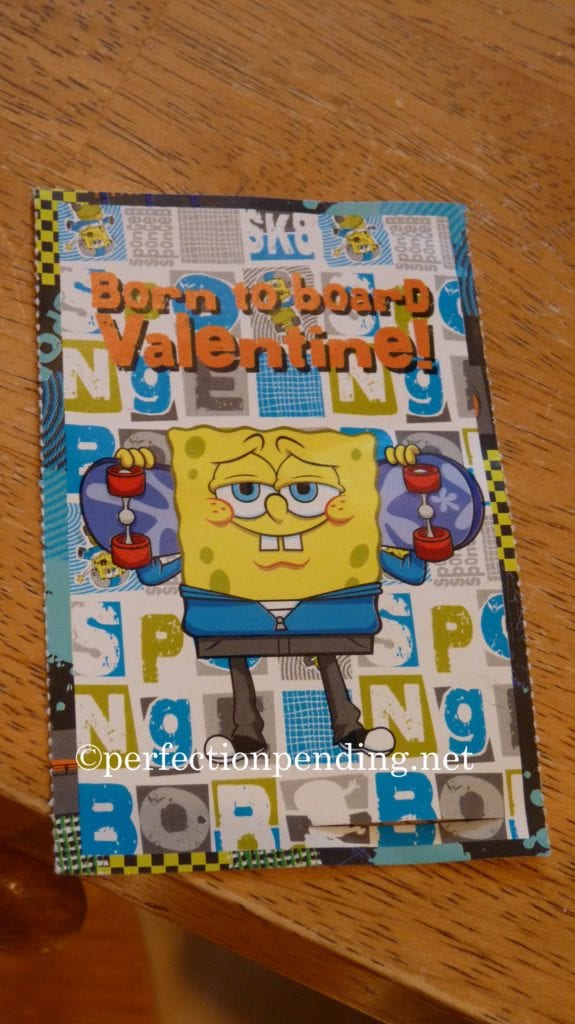 A good old fashioned paper Valentine. No candy. A few scribbles that looked like kids’ names on the back. Never have I been so happy to see SpongeBob Square Pants in my entire life.

And, like the child whisperer I am, I coached my kids through glueing, coloring, and spreading Valentine’s Day love with these Frozen printable valentines. 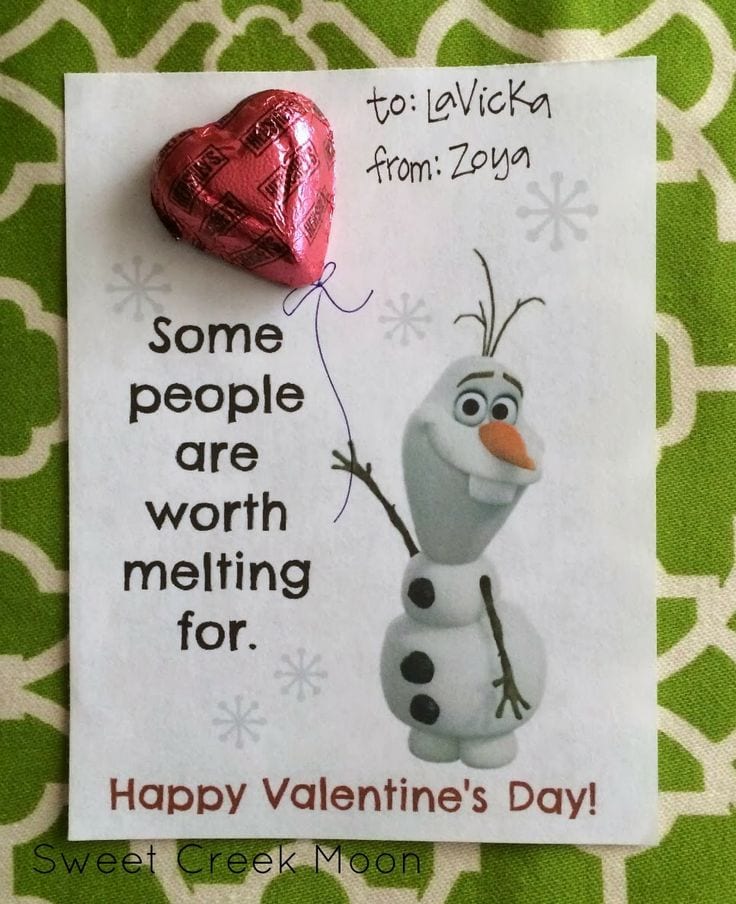 We didn’t go “all out” by printing them in color, but we did color them ourselves, paste them, and matte our way to the top of the ridiculous list. I imagine another mom (maybe the one that I admire that gave the Spongebob valentine) pulling out mine and saying to her friend, Psssh….Who does that mom think SHE is? That mom must have a lot of time on her hands! As they secretly wish they had thought of it first. 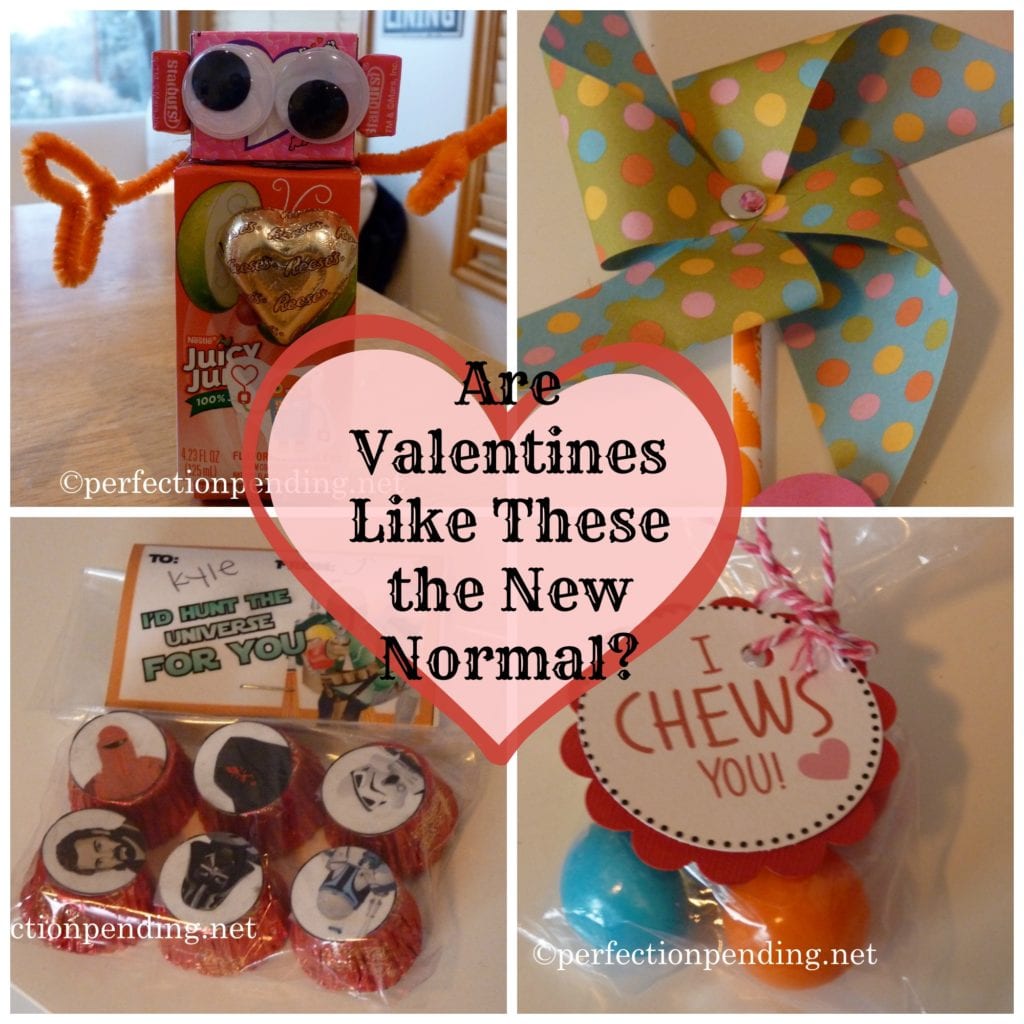 And, I will answer: I have no idea who I am. Pinterest won. Next year, I will try to be better for the sake of all the moms of the universe. But, I’m making no promises.

« True Love is Learning to Understand
How Motherhood Changed Me »