I have a stalker. She follows me everywhere, and I worry that she is ruining my life.

I try hard to get rid of her, but she’s relentless. Following me on good days and bad, and making my life miserable when I try so hard to make it beautiful.

She’s been stalking me since I can remember, but it wasn’t until I became a mother, that she tried to take complete control of my life.

I manage to ignore her most days, but the constant barrage of her words overwhelm me some days to where I’m absolutely convinced I’m failing at this whole motherhood thing.

You see, the stalker’s name is the same as my own. Except she’s an uglier, darker version of me. She’s full of negativity, “shoulds” and “you’re not good enoughs”. She kicks me when I’m down, but she also grabs me by the neck and pushes me down when I’m up.

I have a stalker and I want to get rid of her for good. 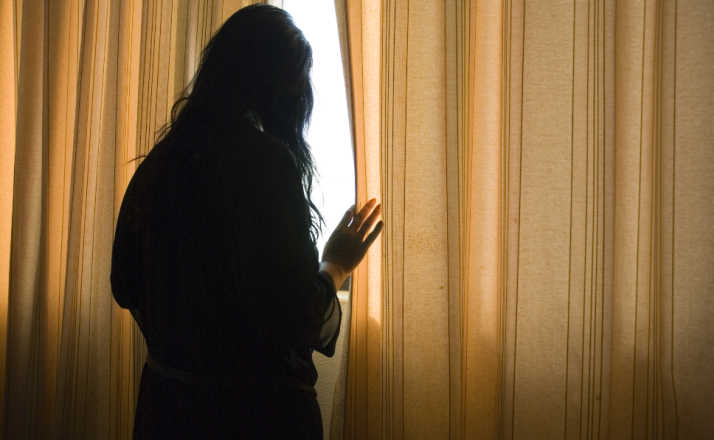 Because, I’m on the road to give up on the quest for perfection. I want to finally let go of the imagined ideal of the mother I should be, and just embrace the mother I actually am.

But, she’s stalking me. Telling me I’m not enough.

When I manage to clean the bathrooms, she tells me I failed because I didn’t organize the linen closet too.

When I manage to cook dinner instead of go out, she tells me I could have made something healthier, or with more vegetables.

When I remember a school project on time, she whispers, “Why didn’t you spend more time playing with them today”

When I play with them for an hour, she tells me I should have played for two.

When I go to the gym, she tells me I could have pushed myself more. She tells me I will always be overweight.

When I collapse into bed at night, exhausted from a hard day of motherhood, housework, and work work, she tells me that I should be doing something more productive than watching reality TV in bed.

The problem with my stalker is that there is no way to take out a restraining order against her or lock the door so she can’t get in. She’s always there.

Whispering as I lay in bed at night that I didn’t hug enough, kiss enough, or enjoy every moment enough. Making me cry when I think of their tiny sleeping bodies in warm, soft beds after a day of chaos and commotion.

The saddest part, is that I have complete control over getting rid of my stalker. But, for some reason she is still lingering.

She lingers even though on so many days, I let go of the desire to have a clean microwave and stove at the same time. She hovers even though I’m really OK with how often I mop. Which is almost never.

She still whispers stinging words even though, now that I’m a mother of three, I DO enjoy almost every moment with my kids, savor the kisses, and make efforts to be present.

She tells me I’m alone, when I know that there is a world FULL of mothers feeling just as I do — Tired of the monotony, but joyous at the same time.

Happy to have everything they ever wanted, but sad that they aren’t doing more.

Some days, I’m aware that “she” actually isn’t me.  She’s an ugly force that comes from a dark place that has nothing good in it. But, some days, it’s hard. The line is blurred, and I forget my own goodness and strengths and worry that she is right. That everything she says is true.

But, you know what? Screw that. Screw her.

She isn’t indestructible, invincible, or un-defeatable. Not unless I let her live.