My two year old said, with a mischievous look in his eye, “Mommy. I have hard day.”

So, I asked, “Did you just say you’ve had a hard day!?” He smiled, his coy little smile and replied, “Yeah” as he continued to twirl in circles for some unknown reason that was making me slightly queasy just watching him.

I didn’t know whether to be horrified that he’s obviously heard this sentence one too many times, laugh at his cuteness in saying something so grown up, or be worried that I’m coddling him too much and therefore, he already thinks his life is rough. At the ripe old age of two years old.

Instead, I gave it a little thought, because having three kids makes me pensive when it’s not making me yell-y, and thought to myself, “Hmm. Maybe life was hard for this kid today.”

After all, I could think of several reasons that, in his mind, life was extra tough that day. 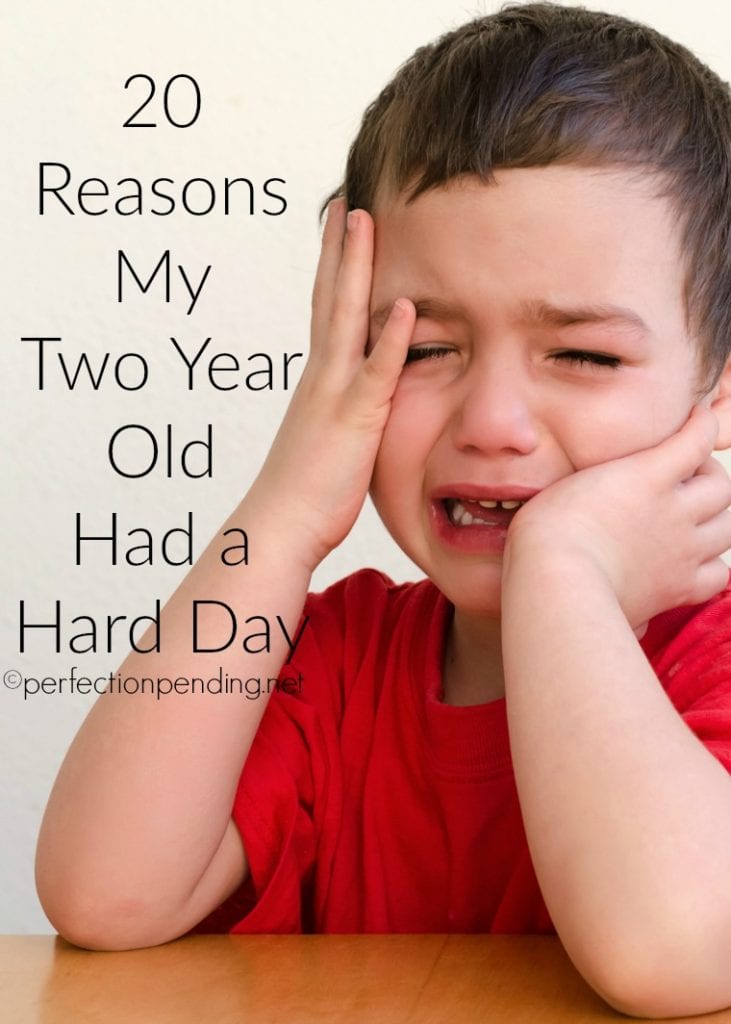 He had to get out of bed at 9 am after sleeping for a short 14 hours straight.

I wouldn’t let him eat potato chips for breakfast.

I dared to tell him his pacifier was just for bed time and took it away so he could eat a real breakfast which he changed his mind about ten times. Nothing must have sounded good to him since the potato chips were off limits.

I dressed him, so of course that always makes my day a little tougher.

He was forced to drink out of the yellow cup at lunch instead of the blue one.

I wouldn’t let him squirt his brother in the eye with a water bottle.

I wouldn’t let him jump on the picnic table in the backyard.

I wouldn’t let him wrap the cord to the blinds around his neck.

I wouldn’t let him play with a knife.

Basically, I prevented him from his various attempts at taking his own life.

I changed his diaper when he was stinky. Poor guy.

I made him wear shoes to go play outside when it was a whopping, scald-your-bare-feet-on-the-pavement, degrees outside.

I buckled him into his car seat.

I mistakenly put his blanket on him the wrong way at nap time.

I didn’t hold him for 25 minutes after his nap giving him time to wake up and be happy again. After all, he only napped for two hours after his short 14 hours of sleep the night before.

I made him eat pasta for dinner that had tiny flecks of something green in it, therefore making it so obviously inedible.

I told him hitting his brother in the head with whatever object was in his hand at the time was not OK. (Repeat 10 times)

I held his hand while going down some stairs.

I attempted to actually brush his teeth instead of letting him suck on the toothbrush for 10 minutes.

I told him to be quiet and go to sleep.

Hopefully, I will be a better mommy tomorrow. I’d hate to hear that he had a hard day again. Poor little guy.

« Coping with Loss
Conversations with a Two Year Old »

I mean - she just gets me. 😂 @jesscarpenterwrit