2020 has been a disaster if I’m being completely honest. We’ve had pandemics, and riots, and homeschooling. Oh for the love the homeschooling just about did me in.

I’d like to propose first and foremost an end to racism (yes – #blacklivesmatter absolutely) but since that’s going to take some time and some hard work that’s going to far outlast 2020, I have a smaller goal for all of us.

Can this be the year we are done with fake influencers and toxic positivity?

Leggings are pants, y’all. Fight me.

So – I was late joining instagram where most of these fake influencers and toxically positive people tend to hang out. It just wasn’t my jam to see a mom writing, #blessed under pictures and always sharing the look on the bright side type of mentality.

I didn’t see many moms sharing a good ugly cry in the bathroom, or showing the reality of trying to make it through the day following a vomit fest the night before.

In some ways, social media has gotten a little better now, I’ll admit.

I mean – I for one have joined instagram, and I hope that I share the real parts of parenting. At least my followers always thank me for doing that. But, I see more and more moms sharing ALL parts of parenting and not just the pretty family photos where everyone looks like they just walked out of an Anthropologie store ad and now they are doing a craft with paint.

Yet, I heard the news today of one big influencer’s world collapsing, and announcing her divorce, and I couldn’t help but think – well, I could have seen that coming years ago.

What I didn’t know, because frankly I’ve never cared for or follow Mrs. Rachel Hollis like the rest of the world seemed to, was that she and her husband sold out marriage conferences for the past few years to the tune of $1500 to men and women hoping for advice to save their own marriages.

All while her marriage was obviously falling apart.

Now, I imagine this is crushing for her, like the end of any marriage would be. But, I’m sure part of the blow is the fact that her followers are now calling her out. Big time. You can go read the comments on her announcement post yourself. Here you go for reference. It’s painful.

And if you don’t know her, I’m not going to list the reasons why I personally never drank the kool-aid but suffice it to say that she just seemed – well, fake. And, I’m more of a girl, don’t shower for days kind of girl.

The thing is, I don’t think she’s the only influencer doing this. In fact, I know she’s not.

There was a saying in the south when someone got a little too full of themselves and thought they were more special than the rest of us, and that meant that “someone got too big for their britches.”

I think a lot of influencers fall into this trap of putting on a show. Keeping it together. Selling an image. And they get too wrapped up in what their life should look like instead of what their life actually is.

And, as those numbers grow, they get sucked in to the trap of trying to make money selling that image. Her image was a rock solid marriage, and she sold it. And, don’t even get me started on the best selling plagiarized books.

The worst part is that people bought into it. Literally. Hook, line, and sinker.

Now, I’m not knocking anyone who is trying to build a brand and a business online.

I’d like to think that I support most women just doing their own thing and if they love it, and they can turn it into a business – then great.

I make money blogging, and I also spend a lot of time online and on social media. But, it’s a delicate balance to walk that line of crossing over from a regular mama wanting to help others, to being a national “influencer” and “mom boss.”

You can easily lose yourself.

It’s also not easy to be a public figure period. People look to you for answers you don’t have, and they also look to you as an example of something that they are longing for in their own lives. Even if it’s not necessarily true. 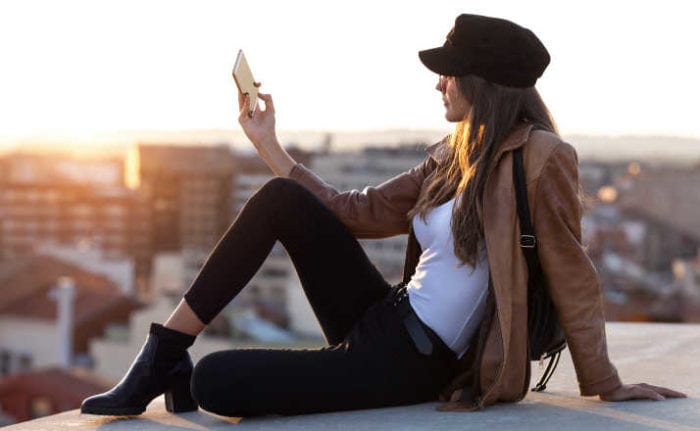 But, I draw the line at people selling stuff that isn’t real.

It can be an online course that really teaches you nothing (Yes, I’ve bought them) or a huge marriage conference that costs thousands of dollars that doesn’t really save your marriage.

It’s up to us to try to sift through the fake influencer crap, and find the people that are real and genuine in our feed.

People that bring us REAL joy instead of fake joy.

People that REALLY inspire us because they don’t shy away from the hard stuff that’s messy. Not because they keep trying to sell us on the fact that if we just try harder, everything will be OK. Yeah, no. Not real.

We need to find those that teach us something REAL and worthy of our time, instead of those that are teaching us that being happy and positive all the time is the only way to be. Because that’s definitely not real. And in fact, it’s toxic.

So, I propose that before you buy that online course, or shell out thousands to meet an influencer you admire online, take a step back and ask yourself – how REAL is this?

Does this person’s life look too pretty, too manicured, too put together?

Are they always happy, always up, always positive?

Does their feed leave you questioning your worth more than valuing who you really are – even when you don’t have it together?

Let’s let this year be the year we weed out the toxic positivity, weed out the people who never show the hard, and get rid of the fake influencer from our social media feeds once and for all.

Because, in my opinion, it’s time.

« If You’re An Angry Mom Right Now – It’s Probably Anxiety. And You Aren’t Alone.
Kids Are Human Too. It’s OK If We Have Angry Kids Right Now. »

Asking for a friend. 😂⁣ 📷: FB.com/twodrunk

Gimme tetris or super Mario brothers 3 and I am a 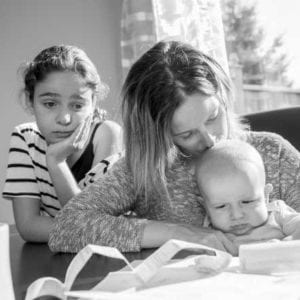